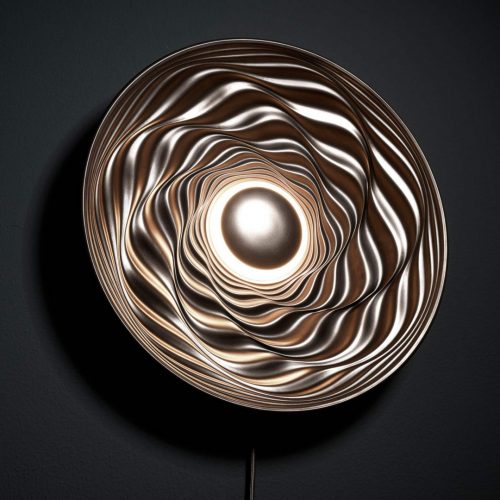 The pandemic has undoubtedly been a challenging time for all of us. I am very grateful that I have been able to throw myself into work as a distraction and this new piece has really been at the core of helping me get by. It took just over a year to develop, with large breaks to keep on top of my commissioned projects. Now it’s completed, I wanted to share some of the process of how the idea came together.

Since starting as a woodworker in 1995, I have always found the making process to be extremely absorbing and calming. Coupled with this is the energy that a new piece creates for me, derived from the excitement I get from turning an intangible idea into something physical. In turn my hope is that the viewer will also experience some of the joy that I feel for the piece.

Over the last three years I have sought to move my work further into the realm of sculpture, pushing functional constraints to one side to be able to fully express my creative interests. With this has also come the desire to adopt new techniques and materials and my workshop has slowly adapted to my newly learned mould making and resin casting techniques. Cold cast bronze has become a new go to technique and material, as seen in Abstract #1 and Convergence (left and right respectively below). 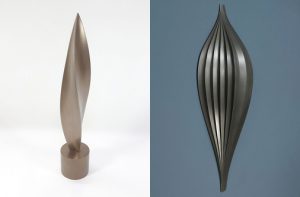 In my longer term picture these two pieces were always going to be stepping stones before moving onto to a much more involved project, even though at the time of designing these pieces I didn’t know what that would be. However the choice of the apparently unimaginative name Abstract #1 was deliberate, as I wanted to have a clear and outwardly visible reference point from where this new direction had started.

By January of 2020 I was playing with new ideas for a sculpture with a radial theme but when the pandemic broke it soon became a ‘lockdown project’. Over the course of the Spring the themes were expanded to include wave forms, a firm favourite of mine, and at the same time linking the ideas with another interest – The Op art movement . As the theme of flow features in my work a lot yet the objects I create are static, introducing the moiré effect into the design was a way of artificially creating this perceived movement via visual distortions. 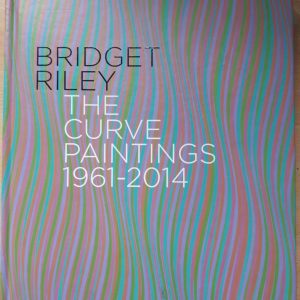 A favourite Art book of mine

As an admirer of Bridget Riley’s curve paintings, I wondered what would happen to the waves in her early work when they left the canvas. Was there a way I could keep the flow going by joining the start and the end of the wave in a circular motion?  At the same time I was curious to see how bringing the visual distortions of the 2D world into a third dimension would work.

The sketchpad has always been the starting point for ideas and the initial drawings combined the ripples from Bridget Riley’s paintings with a circular twisting motion. The motion needed to start from the centre and the wave effect would increase as it travelled outwards. At the point that I felt the ideas required fleshing out in more detail, I turned to the computer to bring them a bit closer to life. 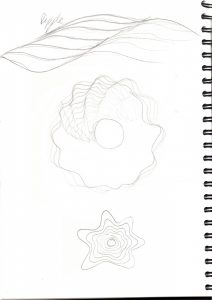 From sketch to computer

The first few iterations created on the computer were designed purely as a sculpture. Abstract #1’s convex form was still floating about in my psyche, so my initial direction was to create the waves on a convex, yet much flatter surface. To minimise the work involved, I had envisaged a diameter of about 300-325mm. 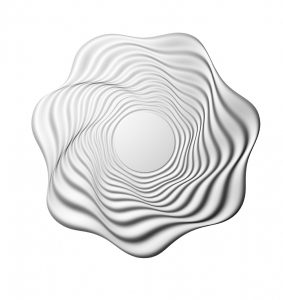 A render of one of the early iterations

Whilst I liked the “flowery” edges , the idea seemed so much more complete with the wave energy dissipating completely but trying to squeeze all of that detail into 325mm simply wouldn’t work. This is the point when one needs to flip from the constraints set by a designer and adjust to what the narrative requires. To bring an end to the life of the wave, the piece would have to be larger and the next version expanded to 425 mm in diameter. “In for a penny, in for a pound”.

The whole creative journey is one of constantly jumping from right to left brain and then back again. Some of the decisions are made subconsciously using instinct and the logical left brain needs to kept at bay and only put in gear once the play has been allowed to happen. Once I had altered the design to finish with a round edge, I played with the idea of building the waves onto a concave dish and it soon became apparent that this form really lent itself to introducing a way of lighting the surface to exaggerate the peaks and troughs. After a few more experiments, the final idea (below) crystallised. 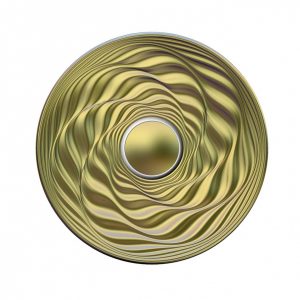